11 February 2021 – On the occasion of this year’s International Day of Women and Girls in Science, we interviewed Rosa Coniglione, who is since 1 February 2021 the Deputy Spokesperson of KM3NeT. Rosa is one of the top managers of the KM3NeT organisation.  She speaks about why she decided to study physics, her inspiration, and how she became part of the KM3NeT management team. 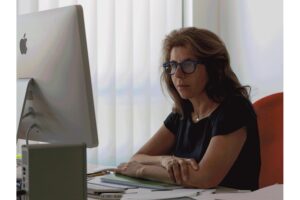 Can you tell us who you are?

“First of all I’m a woman dedicating most of her time to physics and family. I put the two at the same level. I was born in Sicily and got a traditional education. My mother, even now she is quite aged, is still an active housewife and she educated my sister and myself  to family duties. Physics was my passion and the university years are always in my mind as one of the best periods of my life. Time dedicated to studying, even if intensive, was not a burden also because I had many friends sharing with me the passion, the doubts, and the free time. I met my husband, who is also a physicist, during these years.”

Why and when have you decided to become a physicist?

“Just after high school! At school I also liked medical and engineering studies, but, in the end, the choice for physics was dictated by my fascination for experiments. It is really wonderful that quantities very far from our daily life can be measured with “instruments” that you can design, develop, and build.”

“I like the diversity of the physicist work. You go from the theory to actual experiments. When you read about a new theory sometimes you can think: “it cannot be true, this is a fantasy”. You have the impression that it is completely disconnected from reality. On the other side when you construct an experiment,  you have to fight with real objects that you have to understand in detail. It is really wonderful to discover that the “fantasy” becomes a reality when you put in relation the theory predictions and the measurements from the instruments. “

“To be very simple: the Spokesperson is the leader of the Collaboration. The current Spokesperson is Paschal Coyle. Of course, he does not have the full power. We have a management team that takes the decisions with him, and several committees that can give advice and support. A collaboration is a democratic entity based on the fair play of the people and gentlemen’s agreements. The respect of the collaborators, even if they are at the beginning of the career, is a must.”

How does one become a Deputy Spokesperson?

“Every two years, the management team is elected by representatives of the research institutes and groups participating in KM3NeT. A search committee was appointed by the previous management to search for suitable candidates and I was pleased to be consulted as a potential candidate for one of the roles in the management.  No particular qualification is needed but, of course, people that elect you recognise you have the suitable qualities to be part of the team that will lead the collaboration.”

Which management tasks do you have as Deputy Spokesperson?

“ The Deputy, as the word says, has the duty to replace the Spokesperson when requested. But as said before, I feel part of a team in which we share decisions and duties.”

What does it represent to you to be part of the KM3NeT management team?

“From the point of view of the career, it represents the best I would have imagined. I started my career working in nuclear physics and after more than ten years, I have decided to change fields and work on astrophysics in a project that was just starting. The first period was really hard: different analysis methods, different jargon, different physics, even different operating systems used in the two different communities. But it gave me the possibility to put my hands into the details of the design of a new detector. To be part of the management team represents the recognition of many years of hard work.”

What is your priority in your new function?

In each big collaboration, a management team exists that coherently transmit messages and guidance to the collaborators. My priority is to give to the KM3NeT Collaboration that I see as a team, motivation, cohesion, and the good spirit to reach the objective. Fortunately, I’m not alone.

What is your advice for young people who want to follow your path? 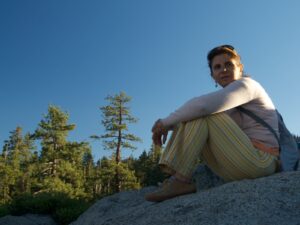