29 July 2021 – The International Cosmic Ray Conference (ICRC) has come to an end after two intense weeks.

Paschal Coyle, Spokesperson of the KM3NeT Collaboration, was invited to present a review talk on underwater neutrino telescopes, including obviously KM3NeT, but also its older sister ANTARES, the GVD telescope in Lake Baikal in Siberia, Russia and the new initiative P-ONE offshore the coast of Canada in the Pacific Ocean: 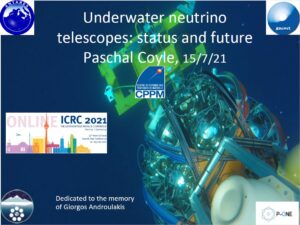 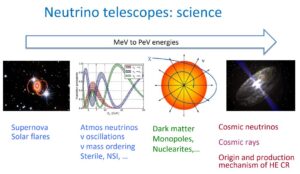 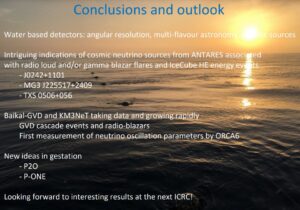 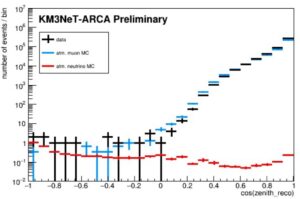 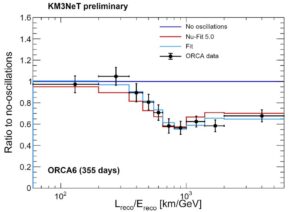 In addition, more than 20 poster contributions were presented by the members of our Collaboration. Among them, Thijs van Eden and Jordan Seneca, two PhD students at Nikhef, Amsterdam, who were awarded the best poster prize for their contribution discussing reconstruction of single and double cascade in KM3NeT. Congratulations Thijs and Jordan! 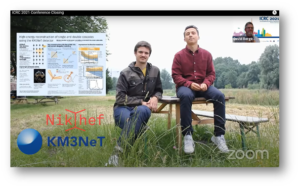