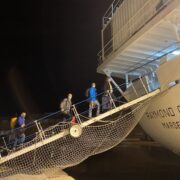 17  – 24 October 2020 – After COVID tests and a few days of quarentine, a KM3NeT team of CPPM boarded the cable layer Raymond Croze late last night in the harbour of La Seyne sur Mer in the South of France

Their mission is the deployment and installation of a second node in the seafloor network for the ORCA detector.

The junction box has been ready since spring, but COVID got in the way until now.

A five day sea campaign involving three ships is ahead. 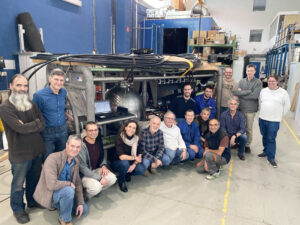 The KM3NeT team of CPPM, Marseille. 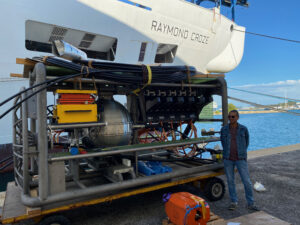 Operations at sea progressing well. Adding the second node in the network – see the layout below –  requires a lot of cabling handling, including dragging the cable already deployed earlier. For this you need dedicated tools, one of them the dragging tool in the picture below. 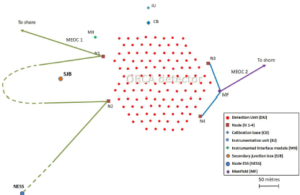 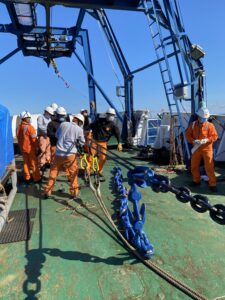 Notice, that the crew is following COVID-regulations wearing face masks. 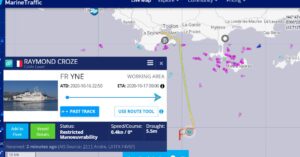 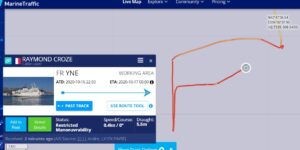 You can follow Paschal Coyle on board of the cable ship Raymond Croze on the social media: @paschalcoyle. He is posting about the progress of the sea operation.

The ship crews and the KM3NeT team on board the three ships involved, have worked hard. The input cable at the side of the junction box was extended with with 3.5 kilometre.  The 36 fibres in the cable have been spliced and connected, the quality of the splice verified using X-ray and protection of the joint applied. 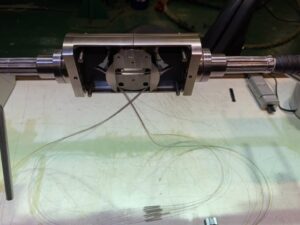 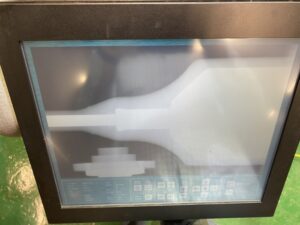 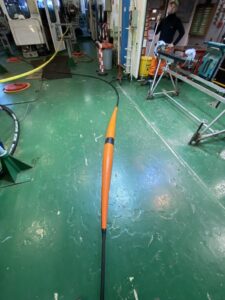 Connection was made with the output cable of the junction box.  For this, the free end of the cable had to be transferred from the Raymond Croze to the Castor 2 and the joint made. This cable will used for the descend of the Junction Box, which will be managed by the Castor 2. 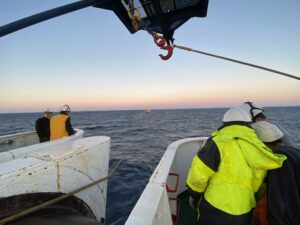 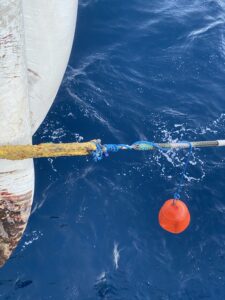 Currently, the deployment of the Junction Box is in progress. It will take some time before it will reach its position at the seabed at a depth of about 2500 m. It is mandatory that it will hit the seabed at the designated position with a precision of about 5 meter. 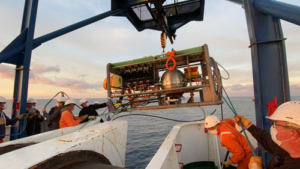 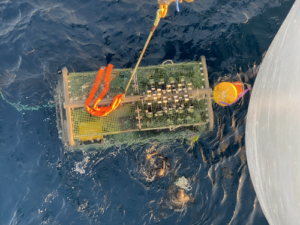 The sea campaign came to a successful end! Some delay because of bad weather conditions, but all equipment is installed and working.  Congratulations to the crew and the KM3NeT staff! 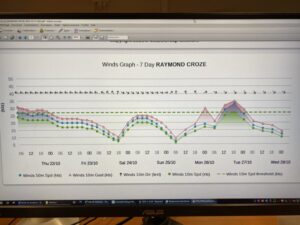 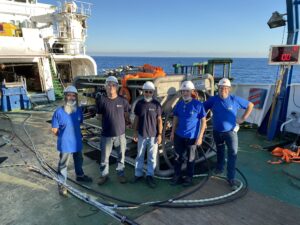 Here is a video summarising the operation in a few minutes: