13 October 2021 – The KM3NeT Collaboration is proud to announce that Yahya Tayalati, professor at University Mohammed V in Rabat, Morocco and member of the ANTARES and KM3NeT collaborations, has been awarded the prestigious Mustafa Prize.

The Mustafa Prize is a top science and technology award, granted biennially to the researchers and scientists of the Islamic world. Some of the criteria considered by the selection committee are the innovative and outstanding aspect of the research and the high scientific profile and international appreciation of the researcher. Professor Tayalati is receiving this prestigious award for his contribution in beyond standard model physics, especially the “Observation of the Light by Light Scattering and the Search for Magnetic Monopoles”. He was selected together with 4 other recipients among more than 500 candidates.

Yahya is the principal investigator of ANTARES and KM3NeT in Morocco. In addition to being one of the leaders of the dark matter group in the two collaborations, Yahya is leading integration activities for KM3NeT DOMs at two different sites in Morocco. 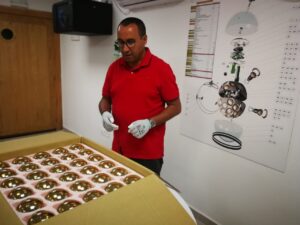 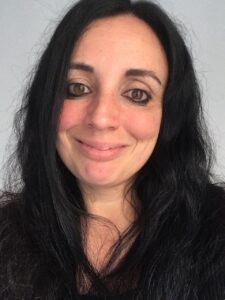 The KM3NeT Collaboration congratulates Sara Rebecca Gozzini, who has received a fellowship from the Program to support talented researchers – GenT Plan – of the Generalitat Valenciana (Valencian regional government) in Spain. The fellowship has a duration of 4 (+ 2) years to develop a research project at the Instituto de Física Corpuscular, IFIC, in Valencia and is thought as a tenure-track position promoted by the regional government for the consolidation of young researchers with international projection.

Rebecca joined ANTARES and KM3NeT in 2017. She took charge of different searches for dark matter: search for Galactic Centre WIMPs, search for heavy secluded dark matter, and a combined analysis with IceCube. She currently coordinates the working group ‘Dark Matter and Exotics Physics’ in KM3NeT.

The project presented by Rebecca for her GenT application, “Search for new physics signatures and measurement of fundamental neutrino properties with the KM3NeT telescope”, will have as priority objectives the search for dark matter signatures in KM3NeT, as well as new physics phenomena associated with neutrinos, such as non-standard interactions and others. The grant awarded to Rebecca includes also a budget to hire two PhD students.

The GenT Plan of the Generalitat Valenciana was born in 2017 as a commitment for the recovery, attraction and consolidation of researchers of international excellence in the Valencian research, development and innovation system, in all areas of knowledge to develop their R & D projects in public universities and research centres of the Valencian Community. Paco Salesa and Agustín Sánchez, also members of KM3NeT, are currently working at IFIC thanks to this initiative, too.

The KM3NeT Collaboration congratulates their pioneering work and the LIGO-Virgo Collaboration for this award. From a brilliant idea to an impressively sensitive instrument detecting the most violent events in the Universe!