14 December 2016 – In the context of its H2020 program, the European Committee approved a project to establish within three years the KM3NeT Research Infrastructure as a legal and sustainable entity.

END_OF_DOCUMENT_TOKEN_TO_BE_REPLACED 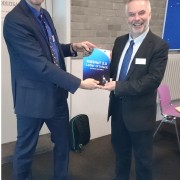 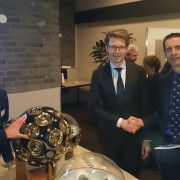 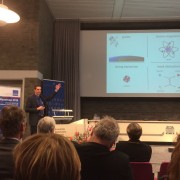 10 March 2016: Today, at its launch event at the Royal Netherlands Academy of Arts and Sciences in Amsterdam, the European Strategy Forum for Research Infrastructures (ESFRI) announced that KM3NeT 2.0 is selected for the 2016 ESFRI Roadmap. KM3NeT is a distributed research infrastructure with deep-sea sites planned in the Mediterranean Sea near Toulon (France), Sicily (Italy) and Pylos (Greece). END_OF_DOCUMENT_TOKEN_TO_BE_REPLACED 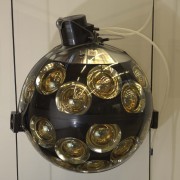 28 Jan 2016 -Today, scientists of the KM3NeT Collaboration have announced KM3NeT 2.0, their ambition for the immediate future to further exploit the clear waters of the deep Mediterranean Sea for the detection of cosmic and atmospheric neutrinos. The published Letter of Intent  details the science performance as well as the technical design of the KM3NeT 2.0 infrastructure.

END_OF_DOCUMENT_TOKEN_TO_BE_REPLACED 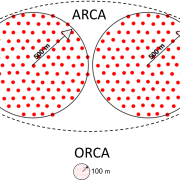 10 May 2015: KM3NeT has defined the next step in the realisation of the research infrastructure in the deep seas of the Mediterranean: KM3NeT2.0 to conduct Astroparticle & Oscillations Resreach with Cosmics in the Abyss with ARCA and ORCA.More in the KM3NeT-Strategy Report 2015-05-06. 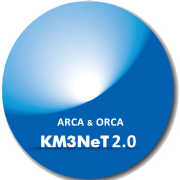 26 November 2014:  The KM3NeT Collaboration has published its strategy for a phased construction of the KM3NeT Research Infrastructure at three locations in the deep seas of the Mediterranean at the southern coasts of Europe. The first phase of construction has started with furbishing the KM3NeT-Fr and KM3NeT-It locations with both deep-sea and on-shore infrastructures to host several hundredths of optical sensors of the neutrino telescope and two END_OF_DOCUMENT_TOKEN_TO_BE_REPLACED